Home About us News Products Equipment Contact us 1688.com 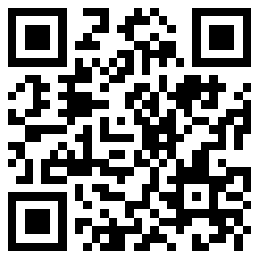 Deeply Implementing Constitutional Construction and Ruling by Law in Fuxin

On April 13, the theoretical learning center group of the Municipal Committee convened (expanded) learning conference to study the Constitution of the People's Republic of China.

Pei Weidong, Secretary of the Municipal Party Committee, presided over the meeting and made a speech.

Pei Weidong pointed out that the successful convening of the National Two Sessions had made a clear plan for holding high the great banner of the socialist thought with Chinese characteristics in the new era of Xi Jinping and for further studying and implementing the spirit of the Nineteenth National Congress of the Party. In particular, the newly revised Constitution adopted had great political significance and far-reaching historical impact on strengthening the construction of China under the rule of law and implementing the strategy of ruling the country by law. The whole city should further study and implement the spirit of the two sessions of the National People's Congress, especially the important speech spirit of General Secretary Xi Jinping at the closing meeting of the first session of the 13th National People's Congress.

Pei Weidong stressed that first, we should improve our political standing. Hold high the great banner of socialism with Chinese characteristics in the new era of Xi Jinping, firmly cultivate "four consciousness", firm "four self-confidence", achieve "four obedience", resolutely support the Constitution, resolutely maintain a high degree of consistency in Ideological and political action with the Party Central Committee with Comrade Xi Jinping as its core, resolutely safeguard the authority of the Party Central Committee and centralized and unified leadership.

Secondly, we should grasp the core essentials profoundly. We should fully grasp and deeply comprehend the profound connotation and spiritual essence of the Constitution, understand and understand it, and use it skillfully in practical work. Third, we should do a good job in learning, propaganda and implementation. We will combine the study and implementation of the Constitution with the study and implementation of Xi Jinping's socialist ideology with Chinese characteristics in the new era, the spirit of the Nineteenth National Congress of the Party and the spirit of the National Two Sessions to promote the effective implementation of the Constitution. We should incorporate the Constitution into the compulsory courses of education and training of Party schools and administrative colleges at all levels and the contents of "learning from two schools and doing one thing" learning and education, explain the significance, General requirements and principles of constitutional amendment, and effectively enhance the constitutional awareness of Party members, cadres and the masses. Fourth, we should firmly promote the rule of law in the city. We should further promote the rule of law and administration according to law, speed up the construction of a government ruled by law, actively build a new government ruled by law, and earnestly raise the implementation of the Constitution to a new level. Fifth, we should strengthen the leadership of the Party in an all-round way. The Party's leadership should run through the whole process of administering the city according to law, the requirements of the Constitution should run through the whole process and all links of the Party members and cadres'performance of their duties and work, and constantly improve their ability to deepen reform, promote development and maintain stability by using the thinking and methods of the rule of law.